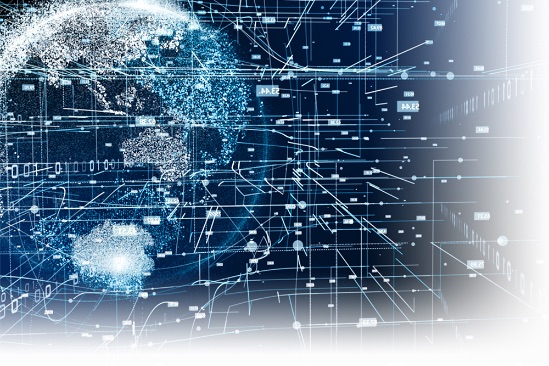 What is a transistor?

A transistor is a component that controls current and voltage in many electronic circuits. It has two functions which are amplification of electric signals and switching them.

Although it is difficult for us to see transistors directly because it is very small and hidden in packages of appliances, but they play a very important role to support and enrich our lives. In fact, transistors are used in almost every electrical appliance around us, including smartphones, personal computers, and televisions, and have a significant impact on their performances. Therefore, transistor technologies are being improved every day to achieve higher performance (higher operating speed, lower power consumption, smaller size, etc). Recently, there are cases in which more than 10 billion transistors are integrated in one chip and operated at over a few gigahertz (GHz).

In the future, smart society is expected by using internet of things (IoT) and artificial intelligence (AI) widely. However, it is concern that the network capacity will be insufficient because the data volume will explosively increase when large amount of electronic devices are connected via networks. To solve this issue, one of the key technologies is improving transistor performance.

However, current gain cutoff frequency (fT), which is the figure-of-merit of switching speed for transistors, is saturated trend in the 700 GHz range for more than a decade, regardless of the type of transistors or their materials. This is a serious problem for realizing future large-capacity communication networks and terahertz (THz) band applications. In addition, to boost performance of integrated circuits, it is also necessary to ensure not only high-speed performance of transistors, but also high performance of current gain and breakdown voltage.

The history of improvements to transistors and NTT’s research findings

Transistors were initially invented using germanium (Ge), but silicon (Si) was subsequently used to improve performance of circuits. Silicon Valley is famous for a place where IT companies gather, and its name comes from the fact that many semiconductor manufacturers gathered there.

For over 20 years, NTT has developed InP-based transistors because of their potential of high-speed performance suitable for optical fiber communication systems. To improve transistor performance, we need progress of both crystal growth technology for making high-quality semiconductor materials and device process technology for fabricating fine transistor structures. NTT has developed crystal growth technology that forms electron acceleration structure in an extremely thin 10-nm-thick semiconductor layer (1 nm = 1/1,000,000 mm), and device process technology that forms extremely narrow electrode structures with a width of about 50 nm (about 1/2,000 of the diameter of a hair) in InP-based heterojunction bipolar transistor (HBT) structures＊. By combining these technologies, we have demonstrated the world’s fastest transistors with a current gain cutoff frequency of over 800 GHz.

What we can realize through this research

This transistor will enable ultra-high-speed integrated circuits operating at over 300 GHz (>300 billion operation per second). This is expected to boost information communication systems, such as multi-terabit per second (>Tbps) class optical transmission and high capacity wireless communication networks using the terahertz (THz) band. 5G wireless communication commercialized in 2020, using the 3.5 GHz band, 4.5 GHz band, and 28 GHz band, provides downlink speeds of over 1 Gbps as measured on mobile devices. Even 5G is expected ultra-high speed and ultra-low latency suitable for novel services such as automatic driving and remote surgery. However, future research based on our ultra-high speed InP-based transistor technology has great potential to realize even faster communication speeds far exceeding 5G.

NTT will continue to realize a prosperous, sustainable and secure society through developing IOWN, Beyond 5G and innovative services by utilizing characteristics of the unused THz band. We will also continue research and development novel information and communication services by further improving the speed of transistors and integrating state-the-art optical devices.