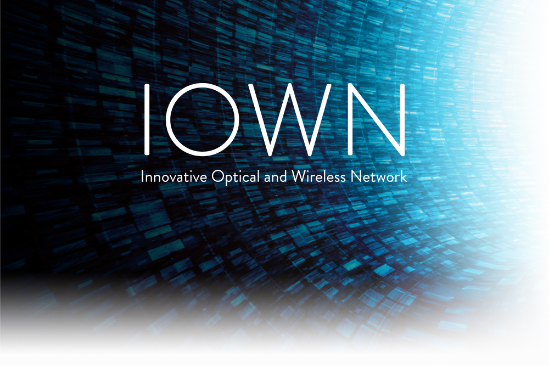 What is the All-Photonics Network?

Overview of IOWN and the All-Photonics Network

“IOWN” (Innovative Optical and Wireless Network) is a communication platform to support the smart world of the near future. NTT is now engaged in research and development with the aim of realizing IOWN by the year 2030. As was introduced in the first special feature of this series, “What’s IOWN?: Social Background and Purpose”, IOWN consists of the following three major technical fields.

In this article, we will explain the All-Photonics Network mentioned above. The All-Photonics Network introduces photonics (optics) based technology to every aspect from the network to terminals. This enables far lower power consumption, higher quality, greater capacity, and less delay, all of which are difficult with current electronics based technology. Converting the network to optical technology and using optical technology end-to-end will play crucial roles in making IOWN a reality.

Performance targets for the All-Photonics Network

NTT is engaged in various fields of research and development toward achieving these goals. Here we will introduce representative initiatives, including the key “photonics-electronics convergence technology”.

Normally, easy-to-use electronics have been used in chips that perform calculations on computers. However, with the recent trend toward higher integration, there is more wiring inside chips generating more heat, which limits performance. For this reason, we introduced optical communications technology to the wiring of chips to reduce power consumption, and incorporated high-speed arithmetic technology unique to optical technology, with the goal of realizing new chips that combine photonic and electronic technology. This is what we refer to as photonics-electronics convergence technology.

In the past, it was very difficult to handle light. Now, a structure known as a photonic crystal, in which the refractive index changes periodically, has made it possible to confine light to a small area and improve interaction between light and material. Basic low-power operation of a variety of devices based on photonic crystals, such as optical switches, optical lasers, optical memory, and optical random-access memory, has been confirmed.

The roadmap for photonics-electronics convergence technology follows these three steps.

In Step 3 we will further improve the performance of chips by taking advantage of the arithmetic processing that is characteristic of light. While passing through a typical n-step logic gate would generate n-step worth of delay, the form of optical switches and optical circuit as a logic circuit, which we call an optical pass gate, can obtain a calculation result instantaneously with just the time taken to pass through the optical circuit (1). Although we are at the basic evaluation stage with just a small number of bits, we are also studying the application of optical pass gates and optical transistors.

In the four decades since the 1980s, when optical communications first got underway, communication speeds using optical fiber have increased by as much as six orders of magnitude. Transmission capacity has dramatically increased in recent years through the development of digital signal processors (DSP) for digital coherent communications.

NTT reported in 2019 on a successful experiment to transmit 1 Tbit/s per wavelength optical signals in 35 wavelength division multiplexing at the laboratory level (2). We also succeeded at transmission of 1 Tbit/s per wavelength optical signals at a practical level for over 1000 km in a commercial environment using laid optical fiber (3). The current outlook is for transmission on the level of 1 Pbit/s per fiber using, for example, a new fiber structure called multicore fiber that, as the name implies, incorporates many cores in a single fiber.

One future challenge is the necessity for devices applied to the core, metro, and access networks to evolve steadily. Devices that interconnect datacenters, for which demand is growing dramatically, will also become increasingly important. For this reason, there is a need to make as many end-to-end connections as possible by optical means, including those between datacenters, and that is precisely what we want to achieve with IOWN.

NTT is researching solutions to combinatorial optimization problems, a type of problem that requires many complicated calculations and was difficult with conventional computers, by using the optical technology based Ising machine LASOLV® .

It was known that combinatorial optimization problems can be converted to graph problems, and an Ising machine is a computer based on the new concept of conducting physical experiments to derive solutions to such graph problems. As part of IOWN, we are considering the use of LASOLV® for complex light wavelength assignment problems in the All-Photonics Network, as well as for high-load processing of machine learning.

The optical lattice clock invented by Professor Hidetoshi Katori of the University of Tokyo loses only one second every 30 billion years, which is more precise than the advance cesium atomic clock by three orders of magnitude. This optical lattice clock can also be read out by laser, which opens up the possibility of clock transmission over optical fiber. We are currently studying what this feature has to offer by constructing a network of optical lattice clocks installed in many of NTT’s central offices.

As suggested by the general theory of relativity, clocks run faster at higher altitudes, so optical lattice clocks that have achieved 10-18 of total accuracy of clock frequency allow us to compare remote locations and measure minute differences in altitude. From this data, it is possible to track the movement of massive gravity, such as the movement of the earth’s crust and the movement of magma. In Japan, an earthquake-prone country, this points to the possibility of constructing very effective, safe, and secure infrastructure.

At present, NTT is installing devices in relay stations that can offset the fluctuations of optical fibers and maintain high precision, and is conducting trials with an optical lattice clock network between bases connected using optical fibers. In the future, we aim to introduce this to IOWN as well, and develop a new time business.

With the All-Photonics Network, we do not simply aim to achieve higher speed, higher capacity, and higher quality than existing networks. We believe that there is a wide range of potential to contribute to the creation of a smart world using this network as next-generation communication infrastructure.

*The content of this article was excerpted and edited from “NTT R&D Forum 2019 Special Sessions: Basic Technologies toward the All-Photonics Network”.